STEP 1
Fill in and submit the insurance quote form 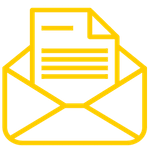 STEP 2
Get quotes across multiple insurers from a licensed representative 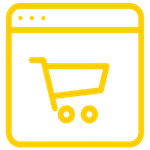 Company car insurance applications do not require drivers to be named, unless the car is a sports car or high performance car.

In cases where drivers can be unnamed, this does not mean that the company car insurance policy will cover just about any driver who gets behind the wheel.

Drivers have to be authorised by the policyholder and they have to observe and fulfil the terms of the policy.

Unauthorised drivers should not drive the company car.

The company car should also be used within the insured vehicle usage as stated in the Certificate of Insurance.

For example, company cars are not intended to be used for hire and reward services.

If a driver uses the company car to transport passengers for a fee and unfortunately meets with an accident, any claims arising from this accident is likely to be ineligible because the car is not supposed to be used for hire and reward.

Your company can start a fleet car insurance policy if it has at least 10 to 15 cars with the same registration dates.

It is cheaper to insure your company cars under one fleet insurance cover than to insure each car separately.

There is also less paperwork involved as you only deal with one policy for a fleet of cars.

If you have a smaller fleet with less than 10 cars, you will still have to get them insured individually under separate car insurance policies.

Not specific to motor insurance plans from any insurer, the scope of coverage is generally as follows:

Exact coverage definitions and details will differ from insurer to insurer and is subject to its policy terms, conditions and exclusions.

At elloAuto, we connect you to licensed representatives who can help you get company car insurance quotes from multiple insurers in Singapore.

With this service, you don’t have to search for quotes on your own and the process of getting your company car insured will also be simplified as much as possible.

With the help of friendly and professional representatives, get your company car insured with one of the reputable motor insurance companies in Singapore:

For any enquiries, fill up this form or email to enquiry@elloauto.com and someone will get back to you soon.